Established in 1998 by Leo G. Wetherill (b.1921 d.2005), the Foundation is a small grant-making private foundation that owns the property at 7600 Wornall and is developing this concept, adaptation and reformation from Fast Food to Community Good.

The Foundation has dedicated the Waldo Hub property back to the community by creating and establishing the Waldo Hub (along with others) as a stand-alone nonprofit entity with 501(C)3 tax-exempt status to operate and manage the property by the community, for the benefit of the community.  The Foundation is spending close to $300,000 for renovations and upgrades including a new PVC roof in 2019 and an 18Kwh passive Solar collector power system for the building.

Additionally, the Foundation funds an endowment at the University of Missouri – School of Medicine for scholarships (financial need) and Med-Zou public health outreach program run by Med students.

Its assets were initially comprised from the payments that Wendy’s made on their lease from 1999 until it ended in 2011.

The Foundation distributes a minimum of 5% of its assets annually through grants to qualified 501(c)3 organizations.

What is the Waldo Hub? 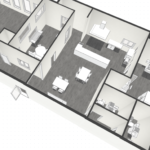 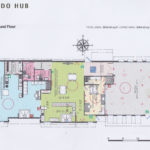 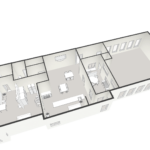